Today I normally would be spending some time in the late morning/afternoon poking around in the game for awhile, taking a break, and then going at it again during the evening. Instead I was off at Federal Way at a conference for work, and feeling down right exhausted by the time I got home. The conference itself was great, but waking up at 5:00 A.M. on a Saturday morning is simply a killer!

Anyway, after a super busy and stressful week, I finally have the time to upload images that I have had on back log and write a post. 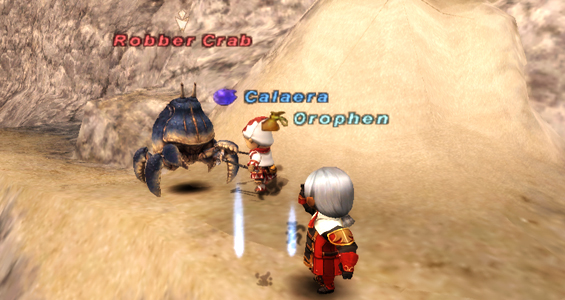 One of the things Orophen/Derrick and I have done once in awhile is going out and duoing as WHM and RDM. Its not exactly the prettiest things to do, but its a lot of fun to do when you want to kill time and just have some fun. Though its not exactly cool when he pulled a VT as our starting mob. I don’t often play WHM, so I had to go from months of neglecting my WHM to trying to pick it up quick so as to keep ourselves alive during the marathon fight. We managed to do really well despite the fight taking a total of 15 minutes for us to kill off the mob! Ick. Although we moved off to DC and T afterwards in Lufaise Meadows, it was nice knowing that I could still keep us alive and not have us die so quickly.

Because I am not always on, I don’t always get to do things I want to do. You know, like helping people? While in the Citadel, Mekare and I kept poking fun at Hiroshiko about his WHM hat. I know, I shouldn’t talk… but! I can’t help but do so especially because I’m also a WHM. Yes, maybe that is lame reasoning, but I’m sticking to that story for now! Take that, Hiroshiko! 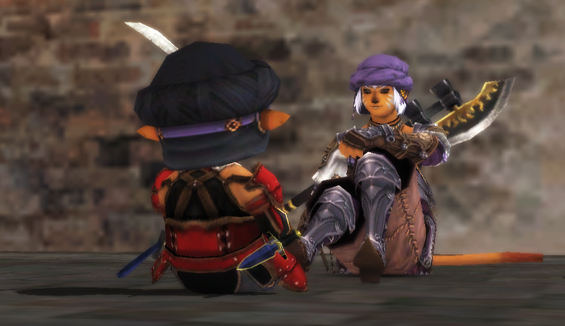 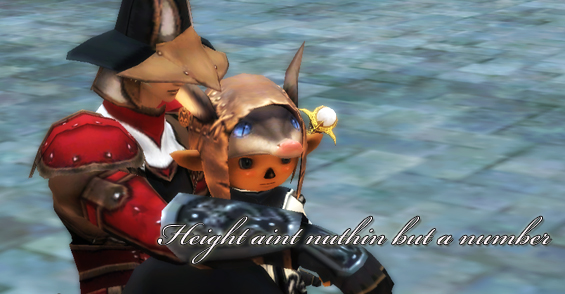 Lately I’ve been spending what little time I have either waiting on a Besieged or just chatting with friends. Which, sadly, is what my online time is mostly compromised of. I remember during one anniversary year, I had accumulated many chat logs, but hardly enough parties or what have you. Which is fine by me most of the time, because lately I don’t have the time (or health) to really sit down and think, “Man, I wish I could do more FFXI gaming.” Which is a good thing, because I really do need to be more focused on my future rather than the game. At least for now.

And Reiokyu? That last image is for you. VENGEANCE IS MINE, bitch. 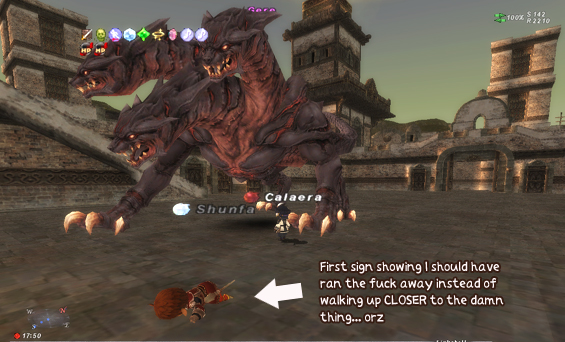 Sadly, by the time Besieged rolls around, I can’t help but get totally noob when the larger NMs roll around. I want to run up to it, screenshot it to death, and… well… this is what typically happens: 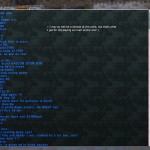 I really should try to keep myself in check, but its hard when you don’t normally see something so large that some how never manages to break the walls of Al Zahbi. WTF. If something that large comes out at you, you don’t go, “Whew! Close call! I’ll just go to the next FUCKING ROOM and chill out with my homies.” No. Fuck no. You go run your fucking ass far away as possible, pray your ass off he doesn’t see you and crush you either with his feet, tail, huge jaws, crumbling walls, or the mass of people who would be running their fucking ass away because its damn near impossible to actually fend the piece of shit off in a small ass square that can barely fit him. Jeez.