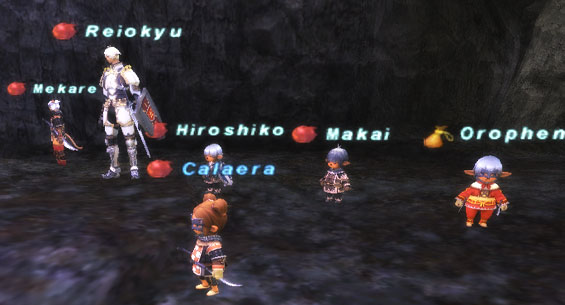 After an hour and a half (or was it more?) of waiting for my brother to wake up and NOT kill me, we managed to continue where we left off on Saturday with our CoP 4-2 run and Refueling acquisition party. On Saturday, 2/3 of the BLU managed to get our spell while getting a little distracted watching an end game LS attempt to take down one of the popped NMs in Riverne. With limited time on our hands, we decided to wait until Monday, Jan. 21, when everyone would be home on a national holiday. Most of us were there on time or earlier, and the only one who wasn’t? My brother who nearly TKD’ed my face after several attempts of waking him up. Thankfully I have a laptop, and was able to prep him up, log him on, and take him to where we needed to go before he finally woke up and decided to join us.

Unlike Saturday, we had an easier time getting a scale, getting Refueling for our friend, and then got up to our destination: the Monarch Linn! Our first plan was to do a trial run, but after having gotten a butt load of Mist Melts, medicines, and not a lot of time… we decided to do whatever we could to get it run on our first try. Our setup was different than when we decided to visit the dragon for the fun of it, in that we replaced the NIN for a PLD. Our jobs from here on out should be: BLUx3, WHM, BLM, and PLD.

The fight was more intense than I thought it would be, and I actually felt a little stressed out because it seemed like the guy would never go down. And then after awhile my worst fears started to come true: we started to drop. First it was Reiokyu (PLD) and then Hiroshiko (WHM). Soon after Mekare fell and I knew I would fall soon after. We were getting so close to killing him off when, right at the hind legs of Ouryu, my brother is WALKING (yes, walking) after two-houring and using Freeze to kill the guy off and letting us win the battle! I died during the CS, but it was so damn awesome to have won the fight and move onto the next mission for CoP. 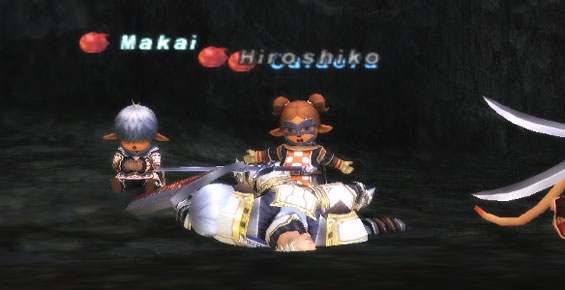 We got started on 4-3 and poked around Sacrarium without Orophen, since his computer was overheating and needed it to cool off for a bit. The five of us headed off and managed to kill of Keremet, but only after I stabbed Hiroshiko to death for not sleeping me like a good little monkey boy should. We also went and killed off a few Fomors, and ended up having to curse out the RNG Fomor despite joking around with my friends that we should kill it off to make fun of Orophen later on. The joke was on me, however, when the RNG Fomor reduced my TP to 0 after attempting to execute a solo skillchain. ._.; Bastard RNG… /toss Orophen 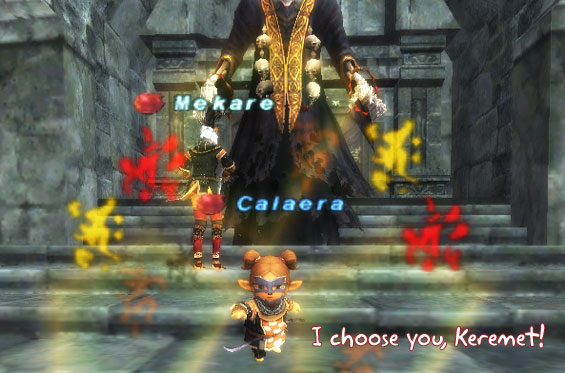 6 thoughts on “The last to arrive, is the last one to stand.”