Last weekend I found there was a lot to be thankful for after our Thanksgiving Holiday. I have my health for one (which could be a LOT worse than it is), a job, friends and family, and probably the best year of games that I had experienced in a long time. Most importantly, we finally beat that damn airship battle and we’re now just one step closer to getting sea. 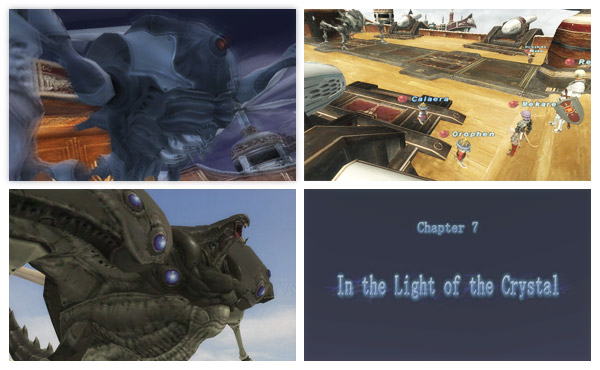 The second attempt we tried, we did a dry run and it went pretty well. We reviewed our tactics and tried again with the hopes of coming out victorious this time around since we had managed to pace ourselves well. We went in again thinking this run would be our winning ticket, but for some reason… Mammets went horribly bad. Not just in a “Oh, well, we can probably salvage this.” but in a “OMFG ABORT! ABORT! ABORT MISSION!” fail. We think we mostly failed because the Mammets synchronized themselves to all be in staff form at the same time and basically nuked us to death. It was really horrible but I think I was more mad that Orophen was the last man standing.

Our second real run of the night, we revised our tactics again and then went in and everything went much more smoothly. We had at least two wipes during the fight, and after those wipes it usually happened towards the end of the fight with Omega and Ultima respectively. And both times? We raised and went to full health before letting my brother, Makai, just AM to death. It was kind of funny and really awesome, and all so very sweet that we were finally able to finish this mission after waiting for so long.

Funny enough, Hiroshiko was in such a panic over the other battles he zoomed past the CSes and was unable to watch what happened afterwards. I took the longest out of the five of us, and actually cried a little because it was just so great to finally get that burden off our shoulders.

This upcoming Saturday, we will be attempting all of Chapter 7 of CoP. We are doing everything that night, and cross our fingers that we get things on the first try so that we can finally get ourselves to sea. After that we just have to get Hiroshiko and Makai sky, finish ZM, finish ToAU, and get everyone caught up on WotG. o/

4 thoughts on “Goodbye Airship. We won’t miss you.”