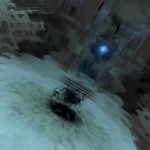 Did Promyvion-Mea suddenly get easy? I mean, super easy? Because that’s how it seemed like today when we attempted Promyvion-Mea with our 3 BLU, 1 WAR, and 1 WHM & BLM set up. It was easy to the point of me wondering why the hell I was so worried and tense the night before.

I know that the difficulty of the Promyvions from easy to hard is Dem, Mea, and Holla… but I still remember having some difficulty on my first or second Mea run and using way more potions than ANYONE in the party used today. In fact, most of the mages (all except the WAR) claimed to have only used drinks and food. Makes me excited to do Holla, for sure. 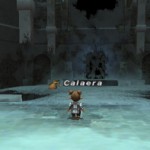 The ease of this mission was further helped by the fact we didn’t get any fake MRs. None. at. all. It was because of that I started to wonder if S-E was toying with us to make the trip easy and the boss extremely unforgiving. But that wasn’t the case either! We decided to do a dry run and entered with no food and only Re-Raise on us. The farthest we got? Around 50% 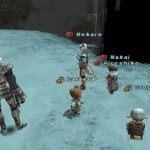 Head Butt cycles were pretty tight to the point of us just spamming our Head Butt macros to ensure stun stayed put. Bludgeon didn’t do much damage (less than 100), and I hadn’t really used anything more than Head Butt, Bludgeon, Wild Carrot, Pollen, Cocoon, and Healing Breeze to ensure our HP was kept up. I cannot say what Mekare and Orophen’s blue magic set up consisted of, but here is mine for future reference:

The very last spell might make you go “huh?” but I had kept it in there to help with the Strays at the MRs and then forgot to swap it out due to problems I was having.

In fact, the whole mission would have had to been put on hold for another 4 – 5 hours due to health issues on my behalf. It was a horrible time for it to happen, but thankfully a lot of the party members agreed my health came first and foremost and were ok with my needing to take as many breaks as I needed to.

After the dry run, we went in again eating Sole Sushi as our choice of food for the BLU and WAR. We needed to pump up our Accuracy as high as possible so that the spells had a higher chance of landing vs. hoping that one hit will do high numbers. Most of us also popped in Au Laits and Yagudo Drinks and actually stood there for awhile before heading into the fray.

Our Head Butt cycle was more haphazard this time around as we were very desperate to ensure that stun stayed. Just about everyone’s HP was pretty nice and healthy until we started to take it down to 24%. This is where things kind of went awry and lead to one death. But after that just one death, it was as though time went by fast and then slowed. The next thing I saw was 7% and KILL KILL KILL and then blink again and see that we had won. 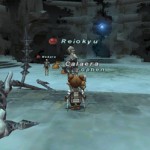 Not only that? We broke the record to boot. Previous record was 9 min. We finished it in 5 minutes and some odd seconds. Sweet!

We’ll most likely get Promyvion-Holla in the same fashion and then get the Minotaur fight done for Reiokyu and the others if they wish. Maybe even find more people to do CoP with us because I’m pretty sure it will be impossible for us to finish it in our current set up to get Reiokyu caught up. Though you can bet I’d like to try~ ^-^