These past few weeks have been pretty crazy busy that I’ve started to think I need to cut back in some areas of my online gaming (primarily XI stuff) to focus on other things. Trying to figure out what to nix, however, is the tricky part since I enjoy all of it… but it needs to be done since I do have other commitments to attend to.

Enough of my woes, however, and onto the meat of things!

Since there are more people in mreh (the XI linkshell name), I’ve been feeling a little overwhelmed as to what to do and how to schedule things and decided to put up a poll. I wanted to cover as many things as possible that people were interested, but also keep in mind that we have other things to do to help a wide scope of my friends.

Sooooo… since the poll was leaning towards XIV earlier in the week, I decided to go ahead and schedule it in for Tuesday. Its been awhile since I had even touched the game and was a bit surprised at some of the changes. I don’t honestly keep up with all the news nowadays, because they aren’t the huge changes in game play and such I am hoping to see at the moment.

There were other changes that were kind of neat and scary at times. Changing the mob size didn’t seem like such a huge thing to me at first, until we had actually gone onto the field saw saw a Fat Dodo and my first response was, “Wow. That’s a fat dodo!”

Its more impressive when you are fighting against Gnats and well… they end up looking more hideous than they did before. 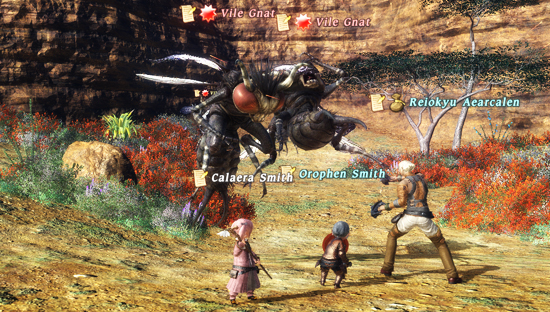 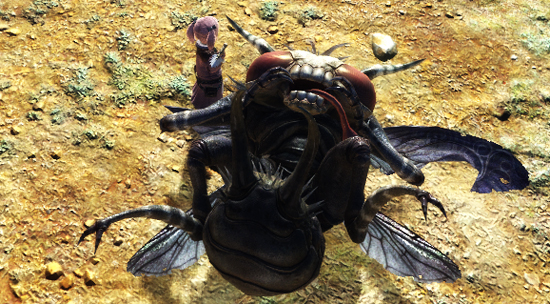 It was most definitely strange going back into Eorzea after the hiatus from the quake and self imposed due to lack of interest or time. Healing is still a pain and totally not fun at all. Then again, neither is playing an Archer solo… I really wanted to just bang my head on something when I switched to my Miqo’te and was unable to play without feeling disgruntled. About what? I wish I knew. Archer probably isn’t my job of choice anymore, but neither is the idea of wielding an axe and getting my kidneys plucked out by Dodos.

On the XI realm of things, I’ve been trying to do what I can to maximize my damage. I guess I have an e-boob (you know, because I don’t have a penis?) problem in that regard but at the same time am too darn lazy to change some things (my macros) or go out and get my staff trial done and over with. My progress on upgrading all my Goetia pieces to +1 is slightly halted in attempt to get other people their +1s as well. Am so far rocking out in my Goetia Petasos and now this little gem:

I had quested most of the seals for this one, since I had found a pretty easy quest to do so. With this quest, I was able to upgrade my Goetia Gloves to +1 and my Mavi Bazubands to +1. Although it was quite frustrating during the runs for my very last seal when I would get nothing BUT bolts, caller’s, or bale seals to be thrown away like trash. Yet the wait and time put into it was well worth it since I was able to push my damage up closer to 4k without Ascetic’s drink. Searing Cape also helped, and I’m cursing myself for having given up the opportunity to lot on it before during the other times it dropped when fighting Turul. Oh well. I have it now and am more than happy to strut around with it.

Oh, and note to self: stop equipping full attack atmas when seal hunting. ;o; Am pulling too much damage off of the MNK…