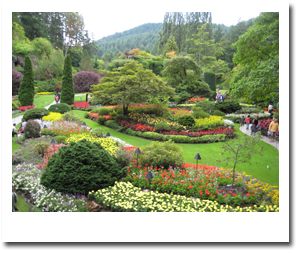 I know this almost a week late, but here it is! A recount on my trip to Victoria, BC! It has been over a decade since I had last visited Victoria, BC but it is just as beautiful as I remember it so many years ago. It was also as long a journey as I remember it, since we had to wake up at about… 4 a.m.? However, since I went to sleep late, tossed and turned, and set my alarm to wake up before the rush of 4 a.m., I had gone on this excursion with as little as three hours of sleep. Maybe less if you account the tossing and the turning and waking up to hear myself talking to myself. To say I was excited as an understatement. I love Canada. I have several Canadian friends and visiting Canada has always been a treat for me. Its a gorgeous place to be, has weather like Washington, and is just a few hours north of the border. Can’t beat that!

During my last visit, I had remember fondly of wanting to visit the Royal BC Museum. To my younger self it was large and impressive and to my older self it is still large and impressive. Though half the visiting party seemed to want to just breeze through it, the other half was thoroughly enjoying the collection of preserved insects, bugs, marine and avian life. I’ll leave you to guess which group I was a part of. Needless to say, it took a decent chunk out of time because there was so much to do and see! At one point the human life exhibit made me think of Disneyland and I had quite a bit of fun tromping around exploring the exhibits. Even more amazing were all the scents that they managed to pack in there but that was always overrun by the overpowering smell of overly buttered popcorn. Mmm, yum? 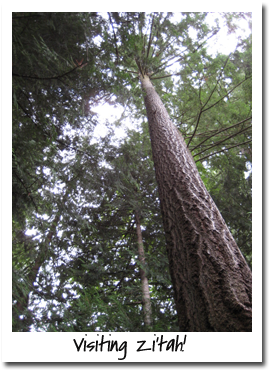 We then went to eat and if you find yourself wanting something quick and delicious, try out Sam’s Deli and Bistro: Home of the Extraordinary Sandwich! Not only are their sandwiches tantalizing delicious, but so are their pastries and soups! My mother insisted we returned the following day for more clam chowder and myself? I never had better corn chowder than I had here! Just thinking about it makes my mouth water and almost consider trying to make a return trip sooner rather than later in the future.

After we had our fill of delicious food, we meandered towards the Butchart Gardens which is where most of my images will be from since I am, at this time, too lazy to find my usb cord for my Droid X. One of the coolest places I had a chance to visit was a path that was cut beneath where the trees were. It distinctly reminded me of the Sanctuary of Zi’tah from an MMO I play known as Final Fantasy XI. The upwards screenshot is also something that I have remember seeing many times in my trips there and when trying to pan the camera to see what is above my head. Now quite frankly, I would have typically been very wary of visiting this place and especially walking amongst a lot of trees or even underneath them. I have very bad allergies that can quickly turn to some 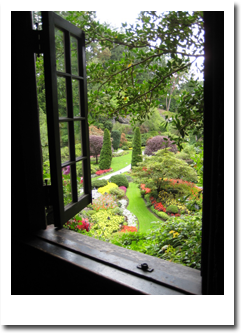 thing else if I am not careful. However, a mid August visit + cooler temperatures = one happy tourist. It also helps I made sure to take my allergy medicine even before we went into the car. Which really helps make my visit more enjoyable, as I could really take the time to walk around and look at places from different angles. The picture on the left, for example, was from a little hut that many people walked by going down to the Sunken Garden. Its a shame because it gave a wonderful view of the garden that isn’t ridden with ant like tourists.

When we were done, we made a return trip to Milestones Grill and Bar. I had vaguely remember eating at a restaurant at this very location and whether or not it was Milestones at the time is beyond my recollection. Whether or not it was the same place over a decade ago, the food here is also wonderfully yummy. We had Baked Goat Cheese and Slow Roasted Garlic Flatbread Plate, Crispy Asian Chicken Bites, and I had the Thai Noodle Salad for my main course. I wish I had taken a picture of the food but we were so hungry that we devoured our food and enjoyed every bite to the last. It is quite expensive, but worth every delectable bite. The highlight of the visit, however, was not all the fun things we saw and did but being able to have a meet up with Nancy and her two daughters. It had been a few years since I had seen them last and since I am not a frequent visitor of Facebook, I had been sort of out of the loop in regards to her life and vice versa.

We caught up on a lot of stuff, but what especially touched me was a comment on my parenting skills. Parenting is a big thing for me. I’m not sure I want it, but I feel that if I made the choice to have a family with Derrick then my biggest worry is if I would be a bad mother. This is especially because as of late I am especially wary about myself as a human being and whether or not I am a decent one. I know there are arguments that can be made that I’m not doing x, y, z and therefore am not scum, but it is something I think about frequently and am tormented about on a regular basis. Regardless of my own personal issues, I’m really glad I had the chance to meet up with Nancy and her children. It put some things in perspective and also made me feel invigorated that my choice in switching careers was a good one for myself and that it IS ok to make such changes in your life. I’m already missing them and her two adorable daughters. It is times like this I wish I were Canadian and could babysit them myself! Though I’d have to restraint myself from wanting to nom on their cute cheeks!

The second day of the trip was a little less lackluster than the first day. We were exhausted and also down trodden when we found out we couldn’t catch the 3 p.m. ferry back. If you are a Washingtonian and thinking of making a trip to Victoria BC and back via the vehicle ferry? Make sure you make your reservations and when they say “First come first serve”, it means “Booked and you are shit out of luck.” We did make reservations but when I read the former message, I thought we had a chance of making it on as long as someone was with the car and in line early enough. Seems like others had the idea and ended up waiting just as long as we did for the final voyage at 7 p.m.

Not that it was bad, but if I had known this were to happen I would have planned the trip a little differently on my end. All-in-all, I felt it was a very enjoyable trip. My cousin, sister, and I had a lot of fun speculating whether or not we were going to die in our creepy looking hotel room, we had tried all sorts of yummy food, had seen a lot of new and old things, and I got a chance to meet up with a person whom I respect as an old friend and an older sister. Now to make plans to return for another trip with Derrick in the future…