With Halloween just days away, I wanted to try out the Harvest Festival and then WoW’s Hallow’s End. I’ve noticed that unlike previous events, FFXI has recently made finishing holiday events much easier. It doesn’t make you want to hit your head on a wall by chasing NPCs to give them treats or following a ghost that can see you and make you start over and over again until you get it right. Naw, instead you get to kill bats and then a giant Floating Eye while turning your back on it every once in awhile to make sure you don’t lose your Enlight. It doesn’t even take long to do, which is even better! I just wish the latent effect didn’t go off every so often, but I guess that’s the trade off you have when its a low level item that has something drooltastic like latent Refresh.

Hallow’s End is kinda so-so since I’m not a high level to go finding the Headless Horseman or anything special but put out fires and get a nifty mask, a pumpkin I can put onto myself or toss onto other people, and a rickety old broom that lets me fly around. Oh, and candy that lets me fly around and be as transparent as a ghost! Actually, WoW is currently more aggravating than anything with the current World Wide Event that has the cities and towns overrun with zombies. Yes, that’s right. Blizzard turned the entire game to a huge Resident Evil fest! I was actually in a panic to try and escape the zombies in Stormwind without getting infected. It took me three tries before I got it, with the last try having me freaking out when even the flying mounts were attacking the undead plague.

My venture back onto WoW was sort of random, and I actually felt overwhelmed trying to get back into the swing of things. Unlike FFXI, where you can just go back in and expect most things to be the same as you left it some odd time ago (job functions and the like), WoW was a total mind blown ‘dur… what do I do?’ trip for me. The newest patch had me staring dumbfounded at my talent trees (merits for FFXIers), wondering how the heck to access this and that, and what have you. Then again, I have been playing FFXI for years and WoW for not nearly as much or as often… and it seems like I am driven out of that game not for personal reasons this time but because of fear of getting zombified.

Which, I suppose, is fine and dandy. I need to raise more funds on FFXI for the LS Bank, and am starting to become interested in leveling SCH or some other job on the side. I am honestly torn between SCH and DRK at the moment, and maybe WHM just to finish it off since I really only have 15 more levels to go before its 75. The only problem is trying to find the time to do it with Orophen since we’re a little strapped for time with some projects and obligations we have outside of our gaming lives. More so with me since I need to get re-certified in child CPR and firstaid before my certificate expires!

Oh, yes, some updates on doink!

– I got really tired of the old layout and put up a temporary layout until Derrick is ready to work on my new one. We’re kind of busy with a little side job with my work at the moment, so the new doink! layout is on the back burner until we got those paid jobs done.

– I’m hosting my friend/LS-mate/pretend younger brother’s blog on my site! Check it out at benediction.mreh.net!

– I have about four more pages of posts to convert tags and categories to. Its a tiring process and I can only do so much of it at a time before I go crazy…

– I’m considering hosting more blogs on mreh.net if anyone else is interested. Of course, it would primarily be FFXI related if I went with it, but WoW and other such games are welcomed too. 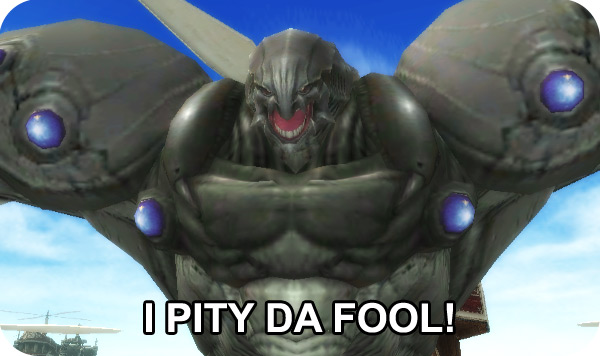 Whenever I think back to CoP 6-4 I will always remember it to be a mission that led us the to greatest “HAH! GOTCHA!” scheme I had ever fallen for. Even now a strong bitter taste resonates in my mouth as I reminisce over what had transpired that evening and how much of the LS bank money went down the drain that night.

This is what happened, and how it will probably take us another month before we can attempt this mission again.

END_OF_DOCUMENT_TOKEN_TO_BE_REPLACED

What? We’re still here? Why, yes, we are. With the addition of Level Sync, however, we have played with different setups by adding Reiokyu (MNK) and Hiroshiko (WHM), doing a low level sync with Hiroshiko’s RDM, or meeting up with my brother with his BLM and Hiroshiko’s WHM. It has gone rather smoothly, and the ONLY time we had a death was when I pulled a noob move after not knowing that a mob was being slept because of aggro and NOT because it was being pulled to fight. Er, yeah. That whole communication thing needs to be worked out. By the way, I still claim my right to complain when partying with Mekare, Reiokyu, and Orophen! According to Reiokyu and Orophen, I no longer have the right to complain after trying so hard to steal hate from Reiokyu only to get a measly 400+ on Death Scissors in our little party. Pfbt.

This past weekend we were also able get Salvage access for myself, Orophen, and Hiroshiko. If anyone is looking for a cute little WHM on the Ragnarok server, please feel free to ask Hiroshiko. He’s reliable and pudgy after eating so many pies and cookies. Damn us obese Taru! D; He needs to switch to the sushi diet! Orophen and I would love to do Salvage, but if my co-worker has it her way… I may end up finding myself in Seattle working from REALLY early until late. I don’t know yet, but I’m actually hoping I do since I could use more monies. :(

We would also like to re-welcome our friend, Rangeki! He was an Elvaan known as Teppei before being forced to leave FFXI, joined WoW for a few weeks, and then decided recently to rejoin FFXI as a Tarutaru. Hopefully he will stay longer this time!

doink! will be going through a revamp within the next few weeks. I’m looking to update the layout (again), convert my entries from categories into tags, and possibly re-doing my subject titles. I’m not sure. We are also going to go through a server change, as our current host has been giving less than stellar service as of late. Any recommendations for a good host would be welcome!

You know what the Level Sync system is like? Its like a system where you scratch your friend’s backs and you expect them to scratch yours or kiss your feet. Me? I like the idea of them kissing my feet more, because I’m the supreme ruler and still have not forgone my plan of conquering Vana’diel one person at a time with my Cuteness +1 attack.

Well, ok, it doesn’t have to be taken that way, but it does help in my LS (theSyndicate) since a lot of us have jobs we want to level up but don’t really want to waste our time with other people. So sometimes we go out with four or five people and mess around, and it often ends up really well. Unless I happen to be leveling THF and then I feel like gouging my eyeballs out. I really admire Mekare for leveling THF, Reiokyu for MNK, and Orophen for RNG because I don’t think I could do those jobs. I actually went crazy for awhile because I wanted to do EVERYTHING. I wanted to heal, I wanted to debuff, I wanted to buff, etc. It was actually driving me crazy! So eventually I started to think of ways to take the mob off of Hiroshiko who was leveling WAR and NIN, but… then I stopped because I didn’t want to grieve anyone. Poor me, right?

Poor me indeed! I then decided to change to DRK and I went from :< to :Q very quickly. I seriously didn't expect to have so much fun playing DRK in a party, and Orophen was laughing at me on the phone when I started to complain about my DMG output vs. his SAM. He said I sounded like the very person I detested when I was first leveling BRD, and that he never thought I would get so competitive over my DoT numbers. I actually got flipping mad when I saw his WSes were 10 pts higher than mine! Do I plan to continue DRK? I'm not sure. I want to finish BLU first, and we're planning to do a level up party this upcoming weekend. I do know that I'm liking the idea of seeing my Taru wield a scythe and looking dark and evil instead of cute and cuddly. Plus, maybe it will give the boys in the LS more reason to fear me... PS: I think the DRK job is getting to me because I was willing to kill my boyfriend when he crossed me during the level up party last week. I won't even go into details the extent of what I did to try and get him killed in the party... <.<;